Dr. Carson is best known for successfully separating conjoined at the head twins and controlling brain seizures. He is a well-known inspirational speaker, author and philanthropic leader.

In 2008, Dr. Carson received the highest civilian award, Presidential Medal of Freedom.
A child of Detroit once saw a grim future became a scholar, a healer, and a leader,” said President George W. Bush.

“I am humbled by President Bush’s recognition of my work,” says Carson.

“I am extremely grateful that he chose to honor me not only for my work as a neurosurgeon, but also for my efforts to improve the lives of America’s youth. I am blessed to have the opportunity to pursue both paths, which I consider equally important.”

Dr. Carson holds more than 40 honorary doctorate degrees and hundreds of other awards. He says, “Knowledge is the key that unlocks all the doors.” 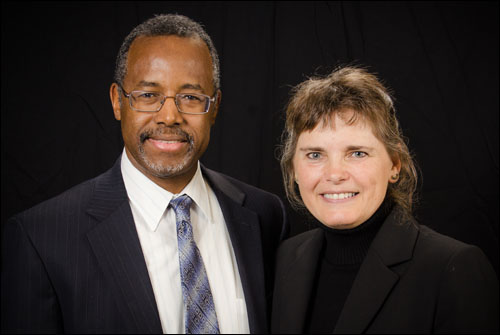