In The Beginning…Bert and Nora Coffman arrived in Troy, Montana.

The Coffman family homesteaded at a mountainous valley above Troy. During the early days, Bert operated at the D. Whitting Garage and City Garage.

As the Constable, Bert was involved in Lincoln County law enforcement. He operated a jitney service and started an automotive repair business in 1914, which became Coffman Motors.

The Coffman’s were the proud parents of five children, including their daughter, Florence. Florence assisted her father in the family business while helping her mother keep the business records. 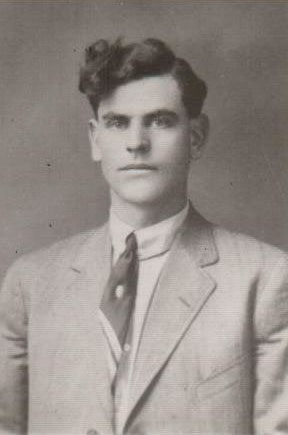 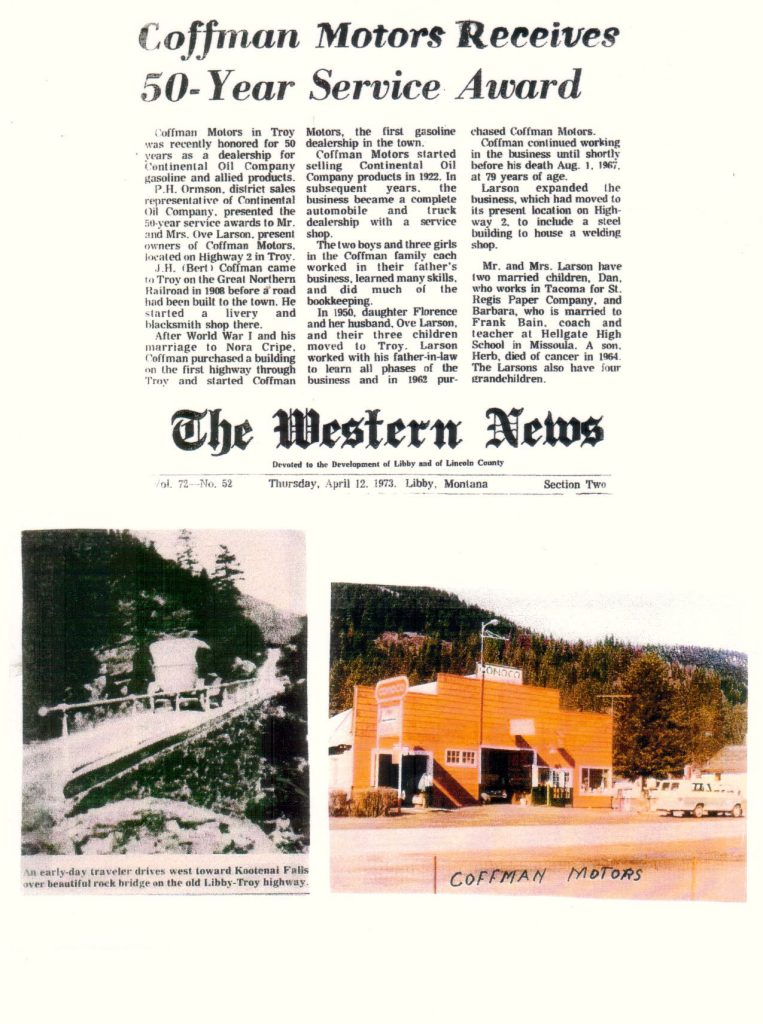 The Larson’s were involved with the early Christ Lutheran Church while Carl and Gunnar worked at the J. Neils Lumber Company. Carl and Anna enjoyed six children, including their son, Ove. 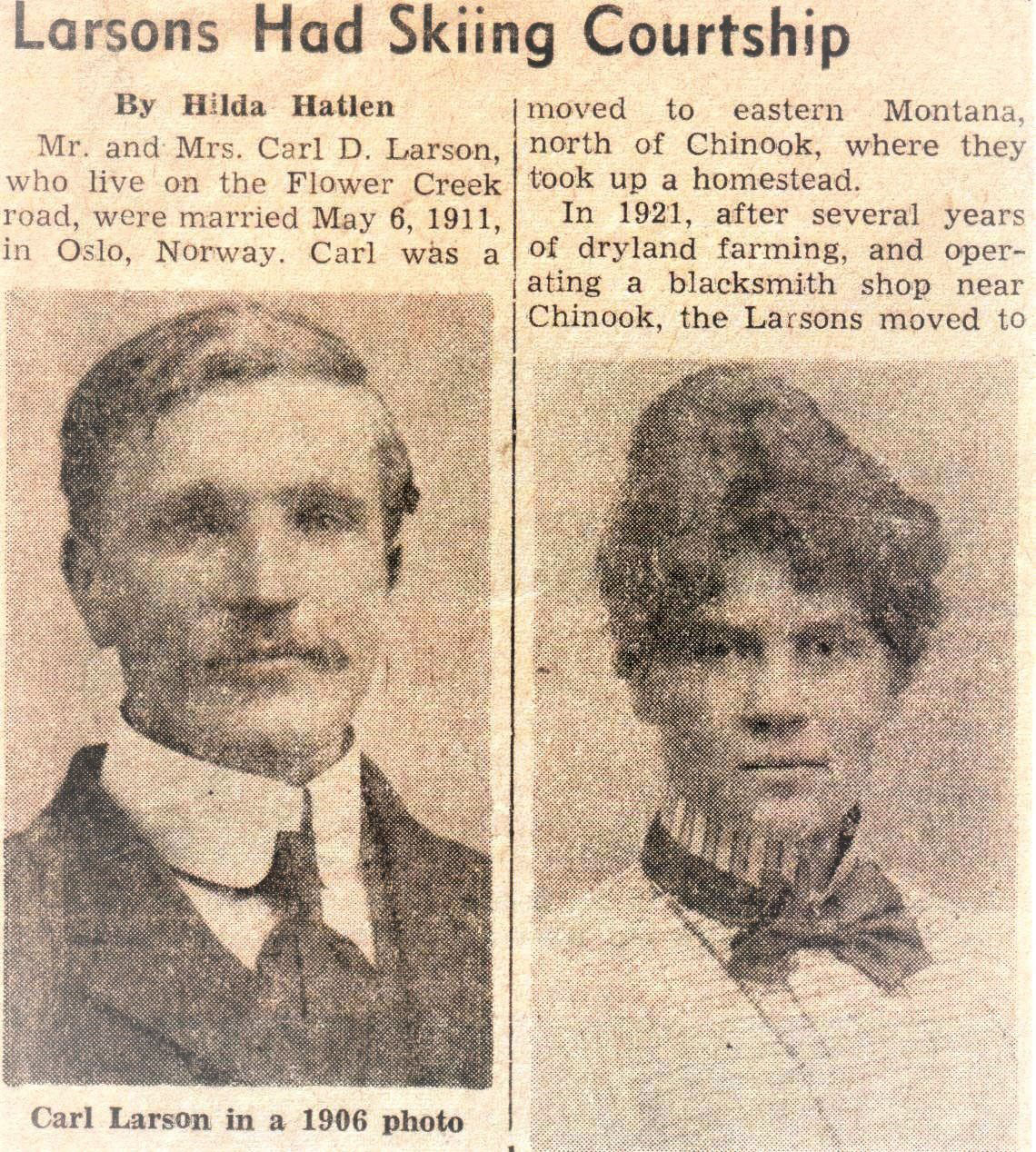 As fate would have it, Ove met Florence at a Junior Prom. Following an eighteen-month courtship, they married on January 1, 1941. 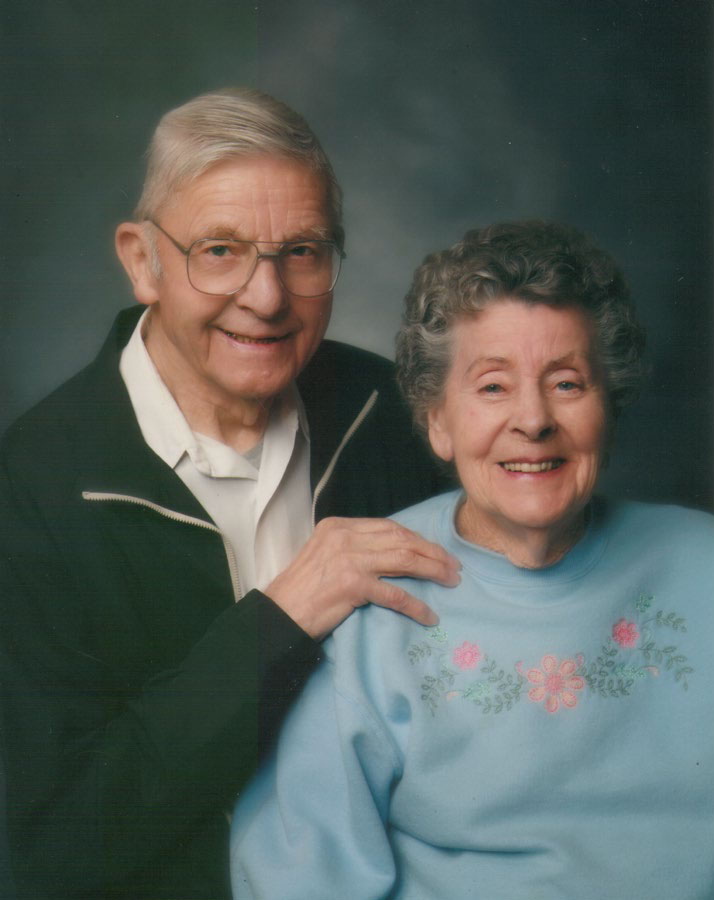 Ove served in the Army at Camp Wolters near Lake Mineral Wells, Texas.

The Larson’s became the proud parents of a son born November 11, 1942, Daniel Ove Larson… then a daughter, Barb, and a son, Herb.

Bert fell ill and the Ove Larson family moved to Troy in 1950 to help out at the family business.
Soon, Ove and Florence bought Coffman Motors.

Men of vision, Ove and Dan added building materials to their line of products. Continuing family traditions, Ove volunteered as a firefighter and Florence provided nursing care in Lincoln County.
They celebrated seventy-two years of marriage! 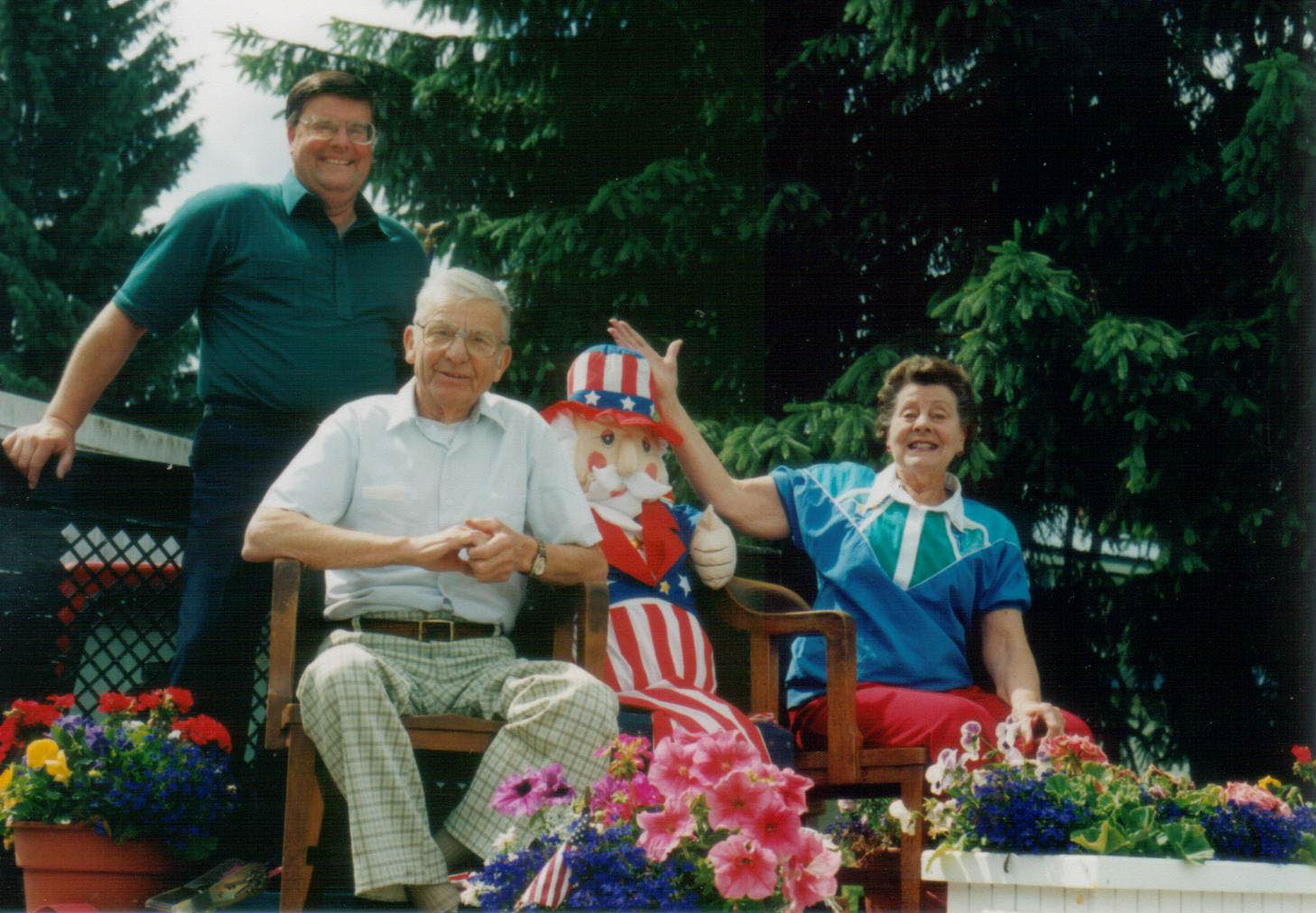 Dan was an exceptional young man, recognized early by teachers and peers as a man that would go far. Dan worked his way through college and then up the corporate ladder at J. Neils Lumber, St. Regis Corporation, and Champion International. Dan was promoted to General Manager of the Champion International Libby facility at forty-five. 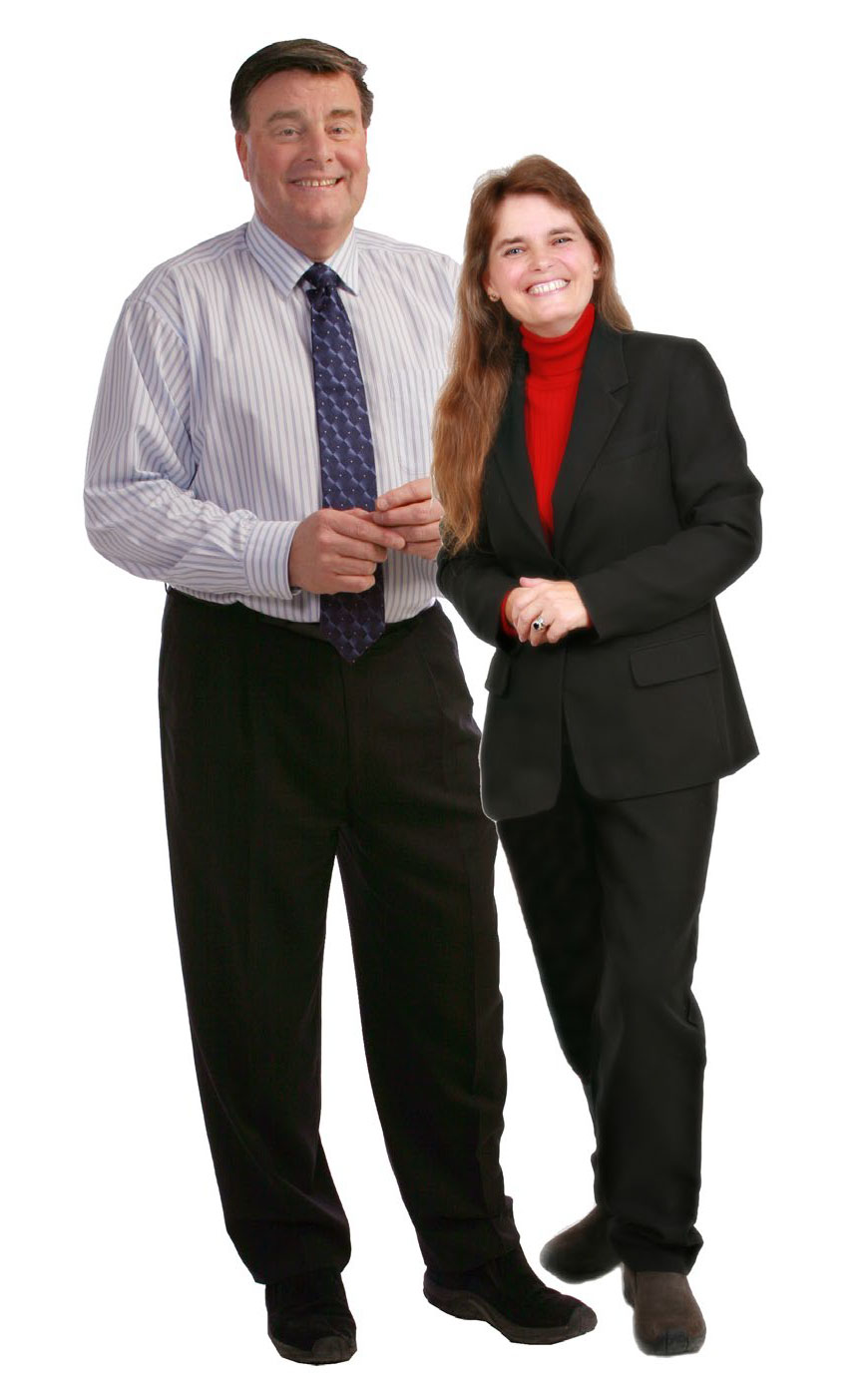 Dan enjoyed mentoring and promoting others to their highest potential– building dreams and making dreams a reality.

A lifelong proponent of education, Bonnie completed several college degrees plus ministerial certifications. Bonnie was in the process of enrolling in a two-year Diaconal Ministry program, in January, 2007. In February, 2007, Daniel’s serious illness was discovered. 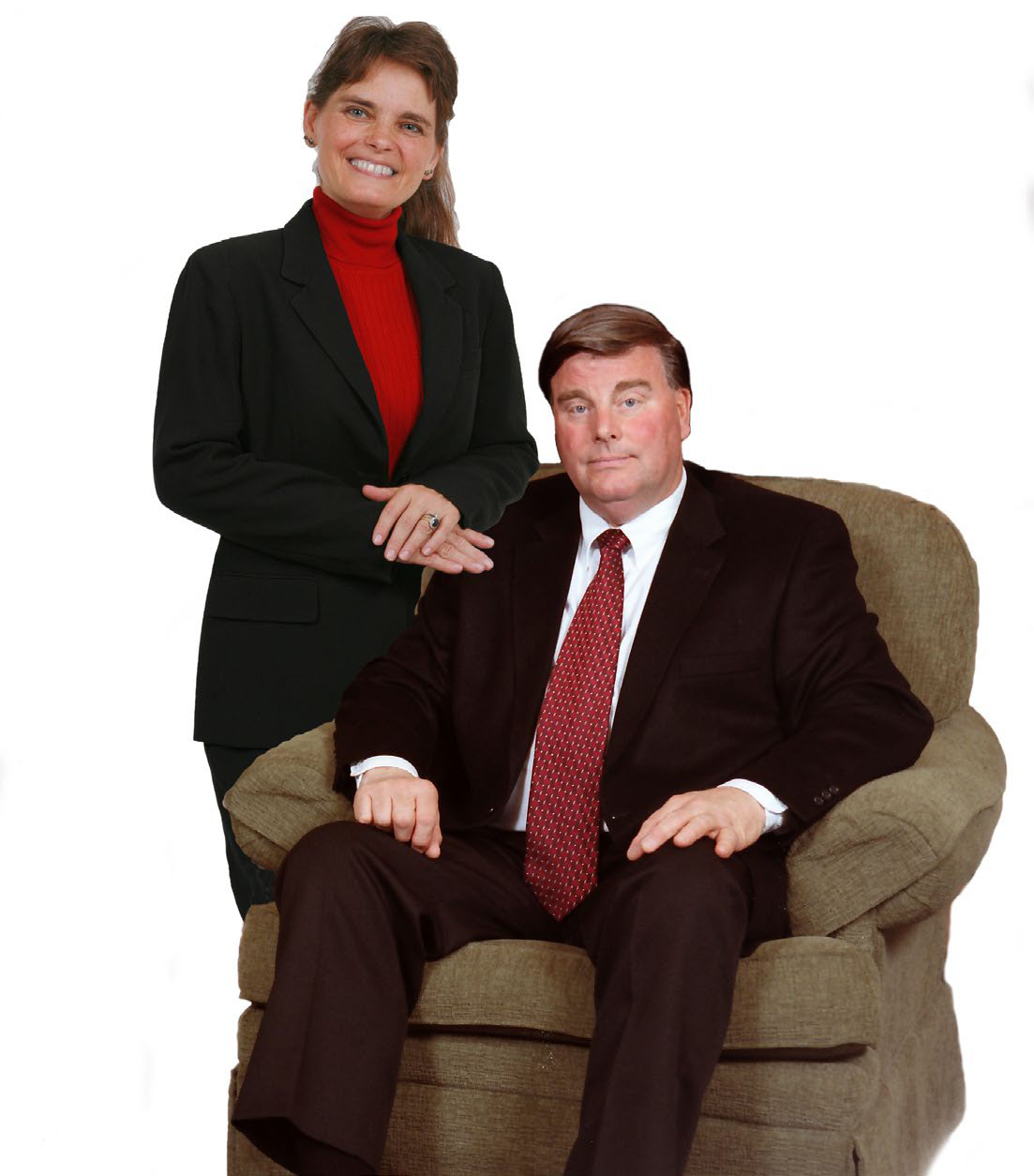 Daniel and Bonnie were married in March, 2007. But, God had a different plan. In the tradition of his SAE fraternity, Dan accepted illness as a gentleman and quietly returned to Our Father on April 7, 2007. 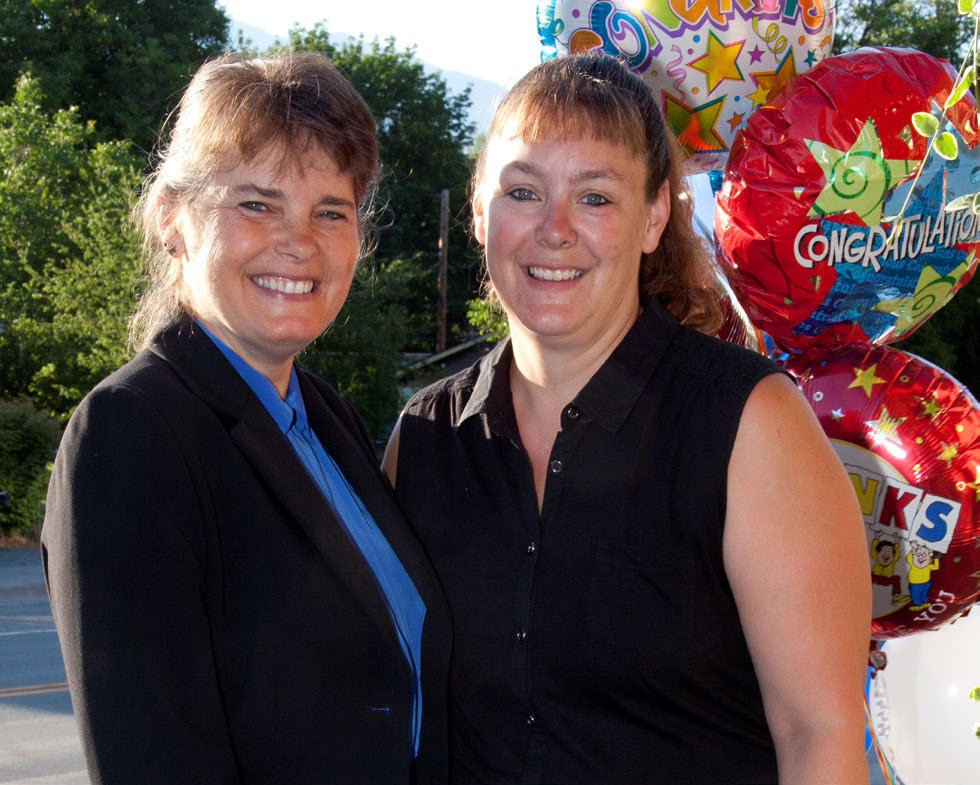 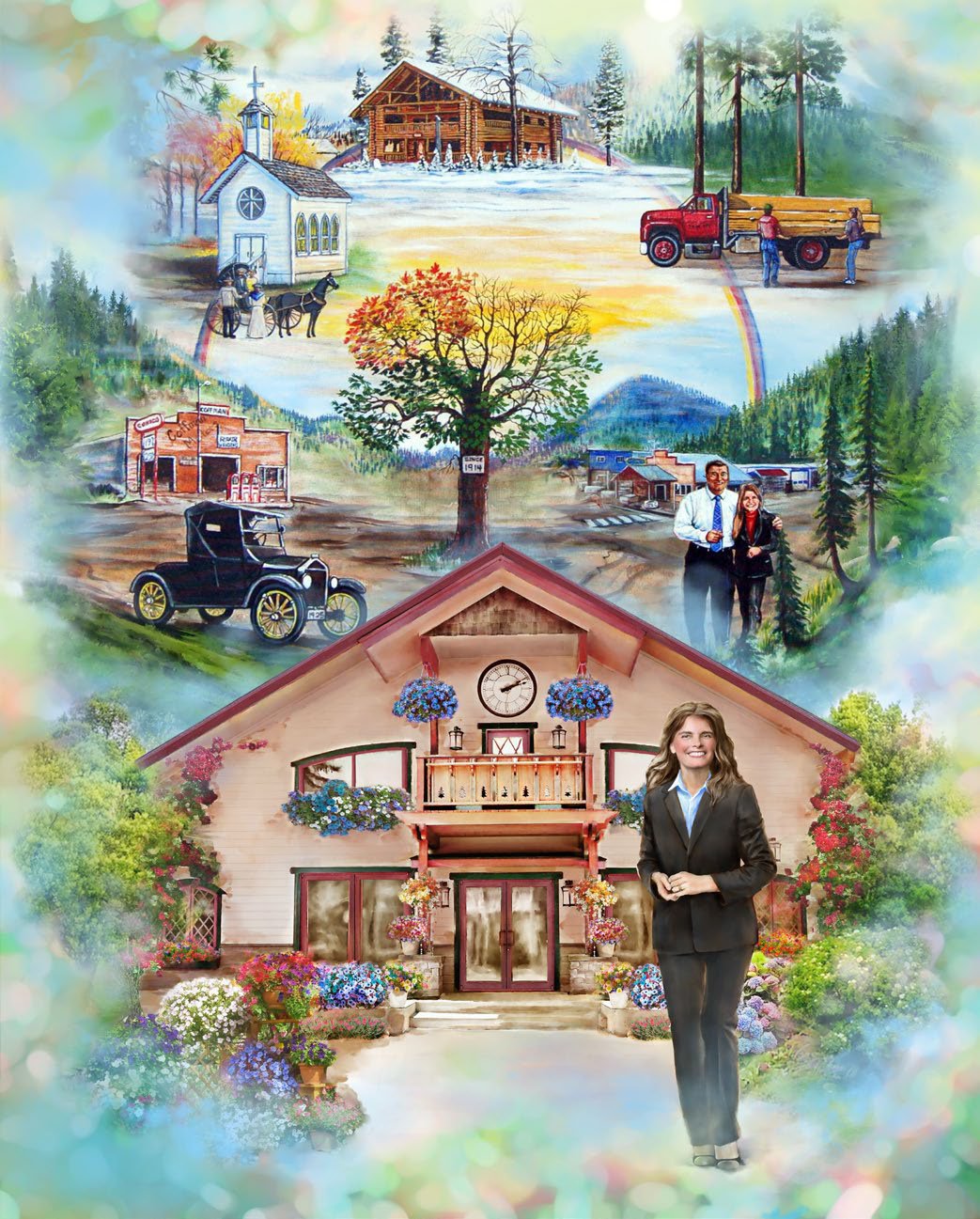 Through the seasons, through the years, under the Covenant of God, Larson Lumber Company, Inc. is proud to serve you!

With gratitude, we look forward to the next hundred years!

“Sharing the Gifts” by Bonnie Larson